With a premium site at MacArthur Central, Brisbane, the company launched its first stand-alone flagship boutique in Queensland.

Designed by TAG Heuer, in line with their worldwide concept, the store has a French inspired theme that sets a superior benchmark for the display and presentation of the globally renowned TAG Heuer collection of watches, unique time pieces, communication devices, eyewear and a luxurious accessories range.

Acting as local designers and project managers Tino Vella Design appointed PQ to the project for a ninety-day contract that was completed on time, 26th September 2013. The boutique footprint is 140m2 with 17 metres on Elizabeth Street with the entry via the Edward Street frontage of 9m. The facade is double story which provides impressive street-view vision. A significant structural steel frame was required for the facade and in particular to support the locally custom-built product feature screens and concrete graphite tiling. The interior elements feature Botticino Chiaro flooring, high-end millwork, Zebrano veneered joinery, brushed and polished stainless steel trims offset with cream leather wall panelling.

The PQ team led by Project Manager Craig Stewart worked closely with the Brisbane City Council to facilitate road closures for the delivery and crane-in of the massive steel facades. 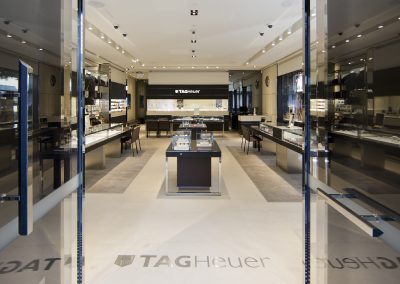 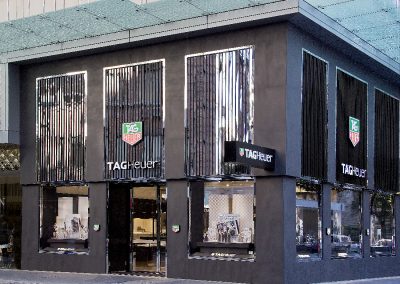 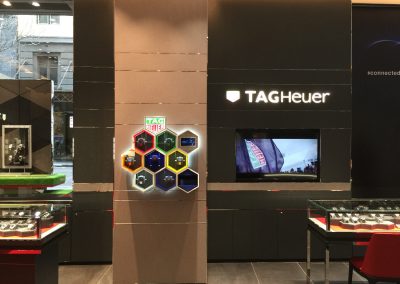 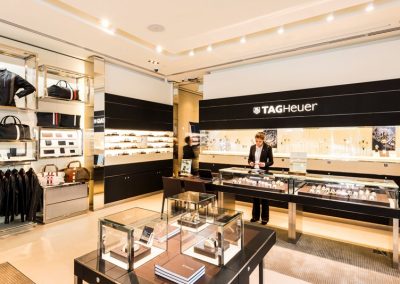